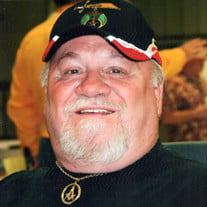 Wm. “Billy” Alford, born October 27, 1946 in Waco, TX. passed from his life July 2, 216 in Huntsville, TX. Preceded in death by his mother Nelda, father Buck and his brother Brian. Survivors include his wife, Bobbie Alford of Huntsville, two sons, Brad Alford and wife Mary of Huntsville, Brent Alford and wife Jennifer of Houston, one brother Bernie Alford, sister-in-law Norma and Leon Moore, sister-in-law Glenda and Bubba Hyde, sister-in-law Karen and Frank Jones, ten grandchildren, four great-grandchildren and a number of nieces and nephews. He was a loving husband, father, grandfather and great-grandfather. Although born in Waco, he moved to Houston as a child and attended Houston schools. Married Barbara (Bobbie) on September 14, 1968 in Houston. He was employed by the Houston Chronicle until he retired. Bill was a member of Melrose Lodge #1294 and JW Chandler Lodge #1452 where he is a past Master. He was also a member of Arabia Shrine Center where he held many positions after retirement and then moved to Huntsville. The family will have a reception on Saturday July 9th, 2016 from 11am to 2pm with a Funeral Service at 3pm at Huntsville Church of Christ, 3737 HWY 30 West, Huntsville, TX.

The family of Wim. "Billy" Alford created this Life Tributes page to make it easy to share your memories.

Send flowers to the Alford family.