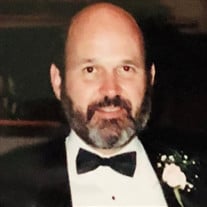 Wendell Shannon Rice, age 75, went home to be with his Lord and Savior on September 1, 2019. He was born on November 8, 1943 to Margaret Evelyn (Ritter) and Alan Randolph Rice in Elma, Washington. He grew up in Elma, Everett and Alderwood Manor, all in Washington. Wendell won numerous awards at various science fairs in his schools. He was even the gold and silver medal award winner at the National Science Fair for his experiment on separating organic compounds by chromatography. This qualified him to take a trip to the National Science Fair in Washington D.C. He received “superior performance” on the National Merit Qualifying Test, which is only given to a select number of students across the United States. His superior score qualified him for admission to select colleges and the University of Washington was one of those recorded that wanted him to attend. He joined the United States Air Force and did his training in Lackland Air Force Base (AFB) in Texas, Deesler AFB in Mississippi and San Francisco, California. He was assigned to 2146th Communications Group at Osan Air Base in Korea, working with radio relay equipment and was honorably discharged after serving four years. In his early life, Wendell worked for various restaurants, a movie theater, an orthodontic lab, a drug company and even a part time job for the University of Washington. Later on, he worked in all sorts of occupations such as: scoreboards for the Kansas City Chiefs, Senior Instructor at General Electric, plant engineer at Data Documents in Kansas, controls engineer at Day and Zimmerman respectively in Parsons, Kansas, Interactive Design in Olathe, Kansas and Independent Stave in Lebanon, Missouri. He was Senior Technical Specialist for Johnson and Johnson in San Angelo, Texas and Instruments and Control Engineer for Parsons Company in Newport, Indiana, whose main task was destroying the chemical VX for the army. He was Senior Technical Instructor for National Oil Varco in Houston, Texas and finished as Senior Instructor for GP Strategies, a part of Rockwell Automation. Wendell was a strong man of faith and believed in Jesus Christ as his personal Lord and Savior. He was even a Religious Records Chairman for the International Christian Endeavor. He was a member of many First Baptist Churches located in Terre Haute, Indiana, Olathe, Kansas, Charlottesville, Virginia; and The Woodlands, Texas. Wendell was preceded in death by his parents; his sister, Margaret Elaine Rice and brother, Lt. Alan Herbert Rice. He is survived by his loving wife, Cynthia Lynn Rice of Houston, Texas; children, Colleen Jennifer Fahnestock and husband William Franklin of Belton, Missouri, Shannon Patrick Rice of Fleming Island, Florida, Jamie Lynn Rice of Houston, Texas, James Robert Rice of Houston, Sheila Elizabeth Wuestefeld and husband Douglas Scott of Terre Haute, Indiana and Ryan Spencer Rice of Houston; grandchildren, Zoey Mae, Lincoln Ryan and Lenix Marie Wuestefeld of Terre Haute, Indiana; as well as many numerous relatives and friends who will miss him dearly. Friends are invited to visit with the family beginning at 10:00 AM on Saturday, September 14, 2019 at The Woodlands First Baptist Church, 11801 Grogans Mill Rd, Spring, Texas 77380. A funeral service will be following at 11:00 AM.

Wendell Shannon Rice, age 75, went home to be with his Lord and Savior on September 1, 2019. He was born on November 8, 1943 to Margaret Evelyn (Ritter) and Alan Randolph Rice in Elma, Washington. He grew up in Elma, Everett and Alderwood Manor,... View Obituary & Service Information

The family of Wendell Shannon Rice created this Life Tributes page to make it easy to share your memories.

Wendell Shannon Rice, age 75, went home to be with his Lord and...

Send flowers to the Rice family.