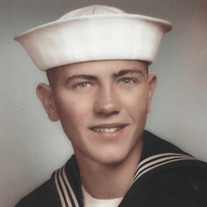 Walter Stanley Klepacz, Jr., age 71, passed away on November 11, 2021 at his home in Spring, TX. He was born on April 19, 1950 in Berlin, Germany. Walter grew up traveling the world with his mother, Renate Klepacz, and active-duty Air Force father, Walter Sr. After all of Walter’s siblings were born, the family bought a “home base” house in the Genoa area of Houston, Texas. Walter moved around constantly because of his father’s military career, so he attended many different schools. After graduating high school, Walter enlisted in the U.S. Navy, to follow the military footsteps of Walter, Sr. Walter served in the U.S. Navy for 21 years. After meeting his wife, Natalie in 1999, they married April 1, 2000, and had their first daughter, Kristina, in February of 2001. After bouncing between California and Houston, Walter and Natalie decided to settle down in The Woodlands, Texas. He worked as a quality assurance manager for some time, before having his second daughter, Karina, in March of 2007. With two young daughters, Walter and Natalie decided to start their own business, one that could be carried on through generations. The two built The Magnolia House Assisted Living from the ground up, where he worked until his recent passing. Natalie is still running the business. Walter was a member of St. Simon and Jude Catholic Church in The Woodlands. Walter was preceded in death by his father; grandparents, Wladislaw (Walter) Klepacz and Kataryna (Katherine) Klepacz. He is survived by his wife, Natalie Klepacz; daughters, Kristina and Karina Klepacz; mother, Renate Klepacz; sister, Kathleen Klepacz Cambiano; brothers, Fred Klepacz and Mark Klepacz; as well as many relatives and friends that will miss him dearly. Friends are invited to visit with the family from 5 PM to 7 PM on Tuesday, November 23, 2021 at Eickenhorst Funeral Services, 1712 N Frazier St #115, Conroe, TX 77301. The Mass Service will be held at 10 AM on Wednesday, November 24, 2021 at St. Simon and Jude Catholic Church, 26777 Glen Loch Dr, The Woodlands, TX 77381. There will be a reception to follow at the church hall. Graveside and burial will follow at 1:15 PM in Houston National Cemetery, 10410 Veterans Memorial Dr, Houston, TX 77038. Please note that we will be in Lane 2 prior to the service.

Walter Stanley Klepacz, Jr., age 71, passed away on November 11, 2021 at his home in Spring, TX. He was born on April 19, 1950 in Berlin, Germany. Walter grew up traveling the world with his mother, Renate Klepacz, and active-duty Air Force... View Obituary & Service Information

The family of Walter Stanley Klepacz, Jr. created this Life Tributes page to make it easy to share your memories.

Send flowers to the Klepacz, family.