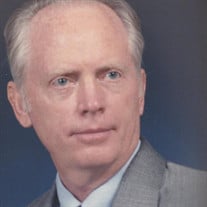 Ronald U. Fitts, age 76, of Willis, TX, passed away on September 17, 2021, in Conroe, TX. A graduate of Tupelo High School, Mississippi State University, and New Orleans Baptist Theological Seminary, Ron served in the US Navy, achieving the rank of Lieutenant during his two tours of duty in Vietnam. He was awarded the Bronze Star and other commendations for his actions there. After attending seminary, Ron served as a bi-vocational minister in small churches in California, Louisiana, Mississippi, and New England. Ron was also an independent home contractor for over 30 years. Ron was the son of Ulvie and Ruth Fitts. He was preceded in death by his father and infant sister, Cheryl Fitts. He is survived by wife Donna, daughter Brenda, son Benjamin, brothers Tom of Oxford, MS and Nathan of Tupelo, MS and sister Joyee Foster of Rowlett, TX, five grandchildren and four great-grandchildren. He was an active member of Northside Baptist church. He was a strong Christ follower and loved serving others. Memorial service will be held at 2 PM on Saturday, October 16, 2021 at Northside Baptist Church in Conroe, TX.

The family of Ronald U. Fitts created this Life Tributes page to make it easy to share your memories.

Send flowers to the Fitts family.