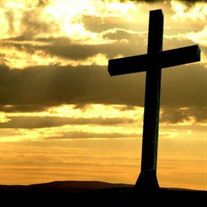 Roberta “Bert” Schulz, age 97, passed away on August 4, 2015. She was born on March 26, 1918 in Dexter, Missouri the second of four children. The family moved to Chillicothe Ohio, where she spent time on her grandparent’s farm. She worked as a ticket agent for the Railroad and later for TWA in Columbus. After her marriage she and John moved to Hinsdale, Illinois a suburb of Chicago. She raised her family there while working part time at Olson’s Dry Goods Store and for an Audio Visual company. She later worked at Hinsdale’s Union Church where she was responsible for the newsletter, church mailings and coordinating the volunteers. Roberta moved to Texas in 1977 when her husband was transferred there. She worked for several years in the China Department at Foleys Department Stores, where she made many friends. Bert was always a very independent woman. She did not understand the word “relax”, always on the go or working on an artistic or creative project. Bert enjoyed cooking for her family and friends, happily sharing her dishes, desserts and recipes. Bert was very active in several women’s groups at Union Church of Hinsdale, Illinois. She assisted the new Pastor of Shepard of the Woods Church in the Woodlands when it was founded. In 2003, Montgomery County Women’s Council of Organizations named her Woman of Distinction for her volunteer work of over ten years with Rags to Riches Resale Shop (currently Something Special). She was a member of Union Church in Hinsdale, Illinois and Shepard of the Woods Church in The Woodlands. Her daughter, Marsha Lou Block, and husband, John P. Schulz, preceded her in death. She is survived by her daughter, Lynn Schulz-Johnson and husband Terry; son, Lee Schulz and his wife Pat; and grandchildren, Ashley Melancon, Kelly Kennedy, Patrick Johnson and Kristina Schulz. For those desiring, contributions may be made to the Montgomery County Women’s Center.

The family of Roberta H Schulz created this Life Tributes page to make it easy to share your memories.

Send flowers to the Schulz family.