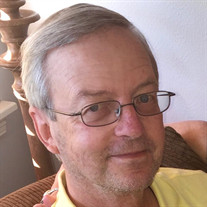 Robert Julius Wagner, age 66, of Spring, TX, passed away on Tuesday, November 27, 2018. Bob was born March 18, 1952 in Michigan City to the late Julius and Henrietta (Neulieb) Wagner. On June 2, 1979, he married the love of his life, Nancy (Kniola) Wagner, also of Michigan City, where they lived for many years before re-locating to Texas. Bob worked for United Parcel Service, in Westville, Indiana, from which he retired after 27 years of service. Surviving are wife, Nancy Wagner of Spring, Texas; daughter, Lindsey (and her husband Daniel and their son, Ira) Smith; and son, Matt Wagner (and his fiancé, Becca Boyer), all residing in Texas. Bob is also survived by two sisters, Carol (Tom) Mauch of Trail Creek, Indiana, and Jean Wiencek (Peter Van Blaricum) of La Porte, Indiana; as well as sister-in-law, Mary Lou (Rick) Wykoff of Las Vegas, NV and brothers-in-law, Ron Kniola and Sam Ferguson. In addition, Bob will always have a special place in the hearts of his extended family members, including aunts, uncles, nieces, nephews, cousins, and friends. He was preceded in death by his parents, father and mother in-law (Joseph and Rosemary Kniola), brother-in-law, Terry Wiencek, brother-in-law, Bob Kniola, sister-in-law, Joan Ferguson, and brother-in-law, Joseph Kniola. Some of Bob’s happiest moments include family vacations in Michigan each summer, teaching his children to fish, beach vacations with his wife, walking on the Michigan City pier at sunset, and making people laugh. His most cherished, and also most recent role was that of adoring Grandfather. He was an avid admirer of his 2 year-old grandson’s art, and loved to play trains and cars. A small gathering of close family and friends will take place in Michigan City at a later date. Luke 23:43 And Jesus replied, “I assure you, today you will be with me in paradise.”

The family of Robert Julius Wagner created this Life Tributes page to make it easy to share your memories.

Send flowers to the Wagner family.