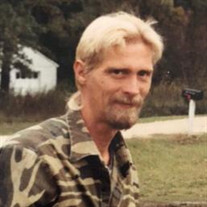 Robert Lincoln Manis, Jr, age 63, was born on December 16, 1957 in Texas City. He was the oldest of six with four brothers and one sister and grew up in Texas City, League City, and Livingston, Texas. He graduated from Clear Creek High School. Rob spent the best moments of his life out in nature doing what he loved best- fishing, hunting, trapping, and boating. Rob was a carpenter’s apprentice under his father-in-law, Mr. Roberts for 10 years and then was in business off and on for himself for the rest of his professional career. He also worked in several of the refineries in Galveston and Harris counties and was a commercial fisherman for a time. He was a man of God having been baptized on January 2, 1972 in the Church of Christ in DeRidder, Louisiana. Rob left this life on March 9, 2021 and was preceded in death by his father, Robert Lincoln Manis, Sr. and his brothers, James Ervin Barnhill and Casey Lee Manis. He is survived by his son, Jeremy Barba and daughter, Kimberly Young and husband Jack; grandchildren, Muriel Barba, Victoria Young Ellis, Cameron Stuart, Jack Young, Jr., and Caleb Young; parents, Eugenia (Jean) and Derlin Barnhill; sister, Rhea Barnhill Scadden and husband Bill; brothers, Lonnie Manis and wife Michelle, Douglas (Mokie) Manis and wife Carolyn, Darryl Barnhill and wife Linda; sister-in-law, Terri Barnhill; his best friend and high school sweetheart, Anita Barba Miller; special neighbors, Michelle and Richard Stokley; and his good buddies, Alan Funkhouser and Fred Gazaway; as well as many other loved ones and friends that will miss him dearly. The viewing will be at 2:00 PM on Sunday, March 14, 2021 in Farley Chapel Cemetery, 61 Hilton Ln, Shepherd, TX 77371, just off of FM 2666. The graveside service will immediately follow at 2:30 PM. In lieu of flowers, the family asks that you make contributions to the American Cancer Society or to a hunting and fishing conservation organization of your choice.

Robert Lincoln Manis, Jr, age 63, was born on December 16, 1957 in Texas City. He was the oldest of six with four brothers and one sister and grew up in Texas City, League City, and Livingston, Texas. He graduated from Clear Creek High School.... View Obituary & Service Information

The family of Robert Lincoln Manis, Jr. created this Life Tributes page to make it easy to share your memories.

Send flowers to the Manis, family.