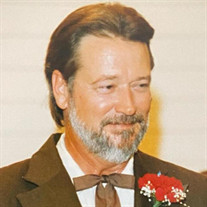 Raymond Davis, 69, passed away unexpectedly on January 30, 2021. Raymond was born November 1, 1951 in Houston, Texas to Carl and Edith McGee Davis. Growing up in a household with four older sisters, Raymond, being the youngest and only boy, didn’t stand a chance when it came to making decisions. His sisters made them for him, play dolls before they would play cars. In a house full of girls he was dressed very often in their doll clothes…thank goodness they had “boy” dolls!! His youngest sister, only 13 months older, always took his bottle. Even as a baby he could be found with his sisters at the car races at Playland Park where his dad ran and sponsored a racecar. He attended Norhill Baptist Church and accepted Christ at the age of 10 while attending a retreat at Peach Creek church camp. Raymond, as a child, grew up loving to fish and crab. He enjoyed the times spent at Texas City Dikes and Lake Sam Rayburn. He was quite the joker until it all backfired one day when he was using his sister’s Easter chick to train his bird dog to hunt. After locking the dog and chick in the garage, he blocked off the escape route, enabling his dog to go in for the kill. Raymond came with the dead chick in his hand apologizing to his sister yelling all along….Get ‘em Blue! Later in his life, he enjoyed many years being at the family lake house on Lake Livingston fishing, boating, water and jet skiing, tubing and riding three-wheelers with his children and family. He coached many little league football and baseball teams for his son, Ryan. He was an amazing coach and mentor to so many young boys throughout those years. These men still remember the lessons Raymond taught them to this day. Although he didn’t coach Shalene in tap and ballet, he enjoyed her recitals. After graduating high school Raymond worked a few years at “Our Motor Company, Inc.”, his mom and dad’s family-owned-and-operated used car business. Raymond left and started his career at Southern Pacific Railroad. Layoffs at the railroad sent him back to manage the family owned “Our Motor Company, Inc.” for over 20 years. He started as Used Car Manager at Lawrence Marshall. When Marshall’s was bought out, Raymond then worked in the oil field business, which took him to Louisiana and Kuwait. On returning after a year in Kuwait, he started his own car hauler business known as C & R Auto Carrier. “Hauling for Cobb” He worked for C.A.R. Transport as a hauler and after an accident that left him injured, he stayed on as a Dispatcher. His last employment was hauling pipe for Allamon Tool Company. Raymond was a loving person known as dad, bubba, brother, paw-paw and Ray-Ray. He had a carefree spirit about him, always a smile, always joking, and never met a stranger. If you pulled a joke on Raymond, you had better watch out, he came back at you seven fold! He loved Country Western songs and would sing along and dance! He enjoyed the Davis traditional family Christmas and get-togethers. He took on the responsibility of raising two granddaughters that he loved as he loved his own children. He found his love and passion for cows and became very involved in his granddaughter’s FFA program and attending competitive livestock shows. He leaves to treasure his memories: Loving and devoted Wife, Colleen Davis Children by previous marriage, Shalene Hennig (Chad), Ryan Davis (Stacey), and his step children Jackie Foster (Erin), Melanie Engeling (Marshall) Grandchildren Hudson, Cade, Quinn, Zane, Allison, and Ashley Siblings Carolyn Zischang (Kenneth), Verna McClelland (Gavin), Edy Hicks (Gary), Barbara Walpole (Vance) Many loving nieces and nephews Raymond was preceded in death by his father, Carl Rainer Davis (1994) and his mother, Edith McGee Davis Kresge (2020) Special thanks to Travis Cooper and Keevin Armbruster, and all his friends and family for their compassion and support. Friends are invited to visit with the family at 10:00 AM on Monday, February 8, 2021 at Eickenhorst Funeral Services, 1712 N Frazier St #115, Conroe, TX 77301. The funeral service will follow at 11:00 AM. Those wishing to view the live stream can click the link below: https://youtu.be/WdQ4d1-5E7w Graveside and burial will be at 10:00 AM on Tuesday, February 9, 2021 in Earthman Resthaven Cemetery, 13102 North Fwy, Houston, TX 77060.

Raymond Davis, 69, passed away unexpectedly on January 30, 2021. Raymond was born November 1, 1951 in Houston, Texas to Carl and Edith McGee Davis. Growing up in a household with four older sisters, Raymond, being the youngest and only boy,... View Obituary & Service Information

The family of Raymond Davis created this Life Tributes page to make it easy to share your memories.

Send flowers to the Davis family.