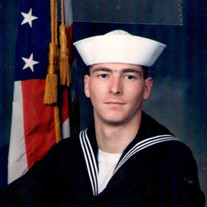 Philip “Scott” Weitman, age 47, passed away unexpectedly on August 25, 2019. He was born on two wheels on August 22, 1972 in Salem, Oregon. He loved everything on wheels and was a little daredevil. Scott served our country in the US Navy. He married Chrystal Tigner on June 1, 1996 and they moved to Spring, Texas in 2000. In his later days, Scott worked as a machinist and was with Baker Hughes for 20 years. He was preceded in death by his grandparents, Stan and Marilyn Weitman and Stan and Edith Mason; aunts, Jeannette , Diane and Irene; and his uncle, Marvin. He is survived by his wife, Chrystal; children, Dylan, Cody, Brandon and Tiffany; mother, Patricia Mason Kitzhaber and her husband Jim; father, Phillip Weitman; siblings, Eric, Dusty and Jason; aunts and uncles, Rick and Gloria Weitman, Brent Weitman, Doug and Georgia Weitman, Jan and Rod Weitman, Diane and Mark Pantovich and Carla and Steve Downs.

The family of Phillip "Scott" Weitman created this Life Tributes page to make it easy to share your memories.

Send flowers to the Weitman family.