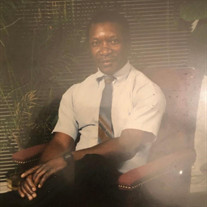 Peter Alexander Josephs, age 76, passed away unexpectedly on May 21, 2021 at his residence. He was born on December 7, 1944 in Kingston, Jamacia to Ellen May Curtis and Hector Malachi Josephs, who both preceded him in death. At a very young age, Peter accepted God and was baptized. He was raised by his grandmother, Ivy Penny, whom he was always reminiscing about his love for her. He was the eldest of 5 siblings. Peter was very advanced in his education academics. He attended Calabar and Woodbridge High Schools. He also attended Banbury School and was enrolled at Western Governors University. Peter worked as an engineer for the majority of his life until his passing. Peter owned and operated his own consultation firm, Petel Communications Solutions Inc. Peter worked as an Electronic Engineer for Percy Lee Appliances, did contract work for Disney and was responsible for conducting and implementing the network system for major hospitals such as Presbyterian Hospital. He was a member of the Mormon Church of Latter-Day Saints, NAACP and the National Society of Black Engineers. Peter was very intelligent, caring, loving, kind, jovial and made friends easily. Peter was the Patriarch of his family and loved them unconditionally. One of his wishes was for his six children to unite and continue the Josephs Legacy. He was preceded in death by his parents; his son, Hector C. Josephs; and his grandson, Marqueis Burgess. Peter is survived by his six children, Paula Josephs of Milwaukee, Wisconsin, Julie Josephs of Philadelphia, Pennsylvania, Camella Josephs of Mount Vernon, New York, Howard Josephs of Milwaukee, Courtney Josephs of Philadelphia and Weslmark Josephs of Mount Vernon; his siblings, Norma Wright, Parcell Simpson, Leslie Leckie and Fay Wright; his grandchildren, Tájah McEwan, Sévon Rainford, Ronda Robinson, Sarah Golding, Brittney Frazier, Joshua Josephs, Leon Frazier, Prince Warren, Jamel Levy, Alex Levy, Uymel Golding, Kayla McEwan and Trevor Golding; and his great grandchildren, Lilly Levy, Romar, Lóreal, Jonah Levy, Haazig, Dwight, Marshall, Saliha, Aden and Jámyah.

Peter Alexander Josephs, age 76, passed away unexpectedly on May 21, 2021 at his residence. He was born on December 7, 1944 in Kingston, Jamacia to Ellen May Curtis and Hector Malachi Josephs, who both preceded him in death. At a very young... View Obituary & Service Information

The family of Peter Alexander Josephs created this Life Tributes page to make it easy to share your memories.

Send flowers to the Josephs family.