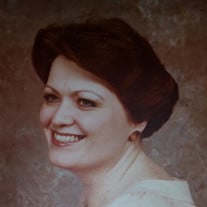 Paula Ann Shackelford Akers passed from this world surrounded by her family and best friend on the 15th of February, 2016, after an eight month battle with cancer. Paula was born October 12, 1951, in Prescott, Arkansas, to James and Ann Shackelford. She spent her childhood in Arkansas and Texas, graduating from Liberty-Eylau High School in Texarkana, Texas. She attended Stephen F. Austin University, then transferred to the University of Texas School of Nursing, Houston, where she completed her BSN. Paula later completed a masters degree in nursing at Texas Woman’s University, Houston. Most precious in life to Paula was family. She was a source of love to her family and dearest friends, Joanie Lawrence, Paula Rieger, and Barbara Satterwhite. Paula is survived by her loving husband of 28 years, Otto Akers, Houston, TX; her mother, Ann Shackelford, Texarkana, TX; her brother, Jim and wife, Mauvelyn, Garland, TX; nieces, Stephanie Dawsey and family, Santa Fe, TX, and Anna Orsburne and family, Angleton, TX.; uncle, Mack Thompson, Bryant, AR; and many beloved cousins. Paula was predeceased by her father, James Shackelford. Paula’s inlaws loved her as their own and survivors include: Maria Akers, mother-in-law, Crocker, MO; sisters-in-law, Helen Hagood and Alma Wilson (Ray), Springfield, MO; Carol Singleton (Frank), Crocker, MO; Lilly Jones (Eric), Centerview, MO; and nieces and nephews. Paula leaves behind many friends, both local and across the country and the world. Paula was an oncology nurse, working at the University of Texas MD Anderson Cancer Center for most of her career, except for a period of time when she served as the nurse manager of the Endoscopy Lab at the then named, Hermann Hospital. She started her professional journey as a new nurse at MD Anderson in 1975, caring for patients with head and neck cancer. As she progressed in her career, Paula moved up to become a clinical instructor. After earning her masters degree, she became the clinical nurse specialist for the lymphoma/myeloma population. There, she positively impacted countless novice nurses and others on the team, plus the patients and families she cared for. She was the consummate clinical expert in this area, evidenced, in part, by publication in one of the earliest nursing journals at MD Anderson, the Nursing Neogram. As the journal grew and was renamed Nursing Dimensions, Paula served on the editorial board. In 2000, she made a bold move to take the job of Director of Admissions for the hospital. There, she brought drive, determination, innovation and her nursing perspective to this role. Paula retired from MD Anderson in 2006. She had a love for her profession and served it well. As a nurse, she was conscientious, respectful, and caring. She was appointed the first chair of the Executive Advisory Committee, which was the forerunner of nursing governance at MD Anderson. There, she served with distinction. She was also a longstanding supporter of the profession at the national level through her membership in the Oncology Nursing Society and supporter of the Oncology Nursing Foundation. Paula had a love for travel and a special place in her heart for animals. Her traveling interest saw her visit every continent, except Antarctica, which she anticipated visiting in the future. She and Otto traveled internationally and Paula traveled with family and friends as well, never missing the opportunity to see and experience something new. Her love for animals, large and small, led to her do volunteer work as a docent at the Houston Zoo. Over the years, she and Otto provided a home for several pets, and during her final week on MD Anderson’s Palliative Care Unit, her dear friend, Joanie, facilitated a bedside visit from Paula’s dog, Rustus. In the past few years, Paula was involved, along with Otto, in activities with the Arabia Shrine Center, Houston. She volunteered many hours, assisting with events within the city. A memorial service is to be conducted at 6 PM on the evening of Saturday, February 20, 2016, at the Arabia Shrine Center, 10510 Harwin Drive, Houston, TX, 77036, officiated by Dr. Raymond McHenry. In lieu of the customary remembrances and for those so desiring, donations may be made in Paula’s name to: 1. Oncology Nursing Society Foundation, 125 Enterprise Drive, Pittsburgh, PA 15275, or www.onsfoundation.org 2. Houston/Galveston Shriners Hospitals for Children a. Shriners Hospitals for Children/Houston – 6977 Main St., Houston, TX, 77030 or www.shrinershospitalsforchildren.org/locations/houston b. Shriners Hospital for Children/Galveston - 815 Market St., Galveston, TX 77550-2725 or www.shrinershospitalsforchildren.org/locations/galveston 3. The University of Texas MD Anderson Cancer Center, P.O. Box 4486, Houston, TX, 77210-4486 or [email protected]" title="Click to open in a new window or tab" target="_blank" rel="nofollow noopener">[email protected]

Paula Ann Shackelford Akers passed from this world surrounded by her family and best friend on the 15th of February, 2016, after an eight month battle with cancer. Paula was born October 12, 1951, in Prescott, Arkansas, to James and Ann... View Obituary & Service Information

The family of Paula Ann Akers created this Life Tributes page to make it easy to share your memories.

Send flowers to the Akers family.