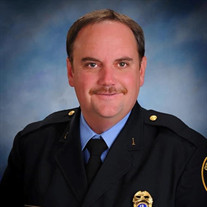 Neal Joseph Radford, age 52, passed away on April 29, 2021 in The Woodlands, Texas. He was born on May 23, 1968 in Houston, Texas to Linda and Joe Radford. Neal spent his early life in Houston. After his parents passed away, he moved to Montgomery where his Aunt Mary Ann raised him. He graduated from Montgomery High School. He then attended the College of Mainland Fire Academy, Sam Houston State University (Emergency Medical Technician), Houston Community College Policy Academy, National Fire Academy and National Emergency Management Institute. In his professional career, Neal felt the call to serve his community and became a fire fighter. He started at the North Montgomery Volunteer Fire Department, then on to Montgomery Fire Department and Conroe Fire Department. He was a Firefighter, Lieutenant and Deputy Fire Marshal with the Conroe Fire Department, and retired after 17 plus years. He also served as vice-president of the Conroe Professional Firefighters Association, IAFF Local 2731. As many years as Neal served Montgomery County, his greatest treasure was his family. He was a devout husband, father, grandfather, brother, uncle, and friend to many. Neal’s humor and jokes were enjoyed by so many and his strong belief in Jesus Christ was a solid foundation for his family. He attended Carbon Church in Montgomery every Sunday that he could. Neal was preceded in death by his parents; grandparents, Charles and Augusta (Bubba) Webb, Roy and Myrtle (Beard) Radford; and baby brother, Joel Radford. He is survived by his spouse, Molly Radford; aunt, Mary Ann Webb; children, Sunni Radford and fiancé Johnathon Patschke, Riley Radford; grandchildren, Nolan Sims, Payton Patschke, Weston Patschke, Lincoln Patschke (coming soon); brother, Mark Radford and wife Jacqueline; numerous special in-laws, nieces and nephews; as well as many other relatives and friends that will miss him dearly. Friends are invited to visit with the family from 6 PM to 8 PM on Thursday, May 6, 2021 at Lone Star Cowboy Church in Montgomery, Texas. The funeral service will be at 10 AM on Friday, May 7, 2021 at First Methodist Church in Conroe, Texas. The service will be live-streamed for those unable to attend. The graveside and burial will follow immediately at Cartwright-Sunday Cemetery. *Masks are required for the funeral service on Friday, so please wear one out of respect for the family and the church staff.* The live stream can be viewed at: https://www.fmconroe.org/ In lieu of flowers, the family asks that donations and contributions be made to the Conroe Professional Firefighters Foundation. https://secure.anedot.com/cpff/donate

Neal Joseph Radford, age 52, passed away on April 29, 2021 in The Woodlands, Texas. He was born on May 23, 1968 in Houston, Texas to Linda and Joe Radford. Neal spent his early life in Houston. After his parents passed away, he moved to Montgomery... View Obituary & Service Information

The family of Neal Joseph Radford created this Life Tributes page to make it easy to share your memories.

Send flowers to the Radford family.