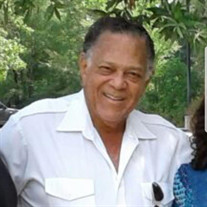 Mervyn "Merv" Leroy Trott, age 79, passed away peacefully and unexpectedly on October 8, 2021. He was born the 2nd of March, 1942 in Paget, Bermuda. He spent his childhood swimming, cliff diving, building model boats and planes, exercising and listening to music on the radio. He attended and graduated high school at The Berkeley Institute in Pembroke West, Bermuda, before continuing his education at Parks College - St. Louis University in the US. He received his BS in Aeronautical Engineering, as well as an FAA A&P mechanics license and was a member of the Alpha Phi Omega service fraternity. Among his accomplishments, Merv was granted a patent for a device that alerted the user when their record player needle was wearing out to prevent damage to the record. He also worked on the Spartan Missile project at McDonnell Douglas in St. Louis and became a business owner when he purchased the Businessman's Clearinghouse. He was hired at Ozark Airlines as an A&P mechanic where he learned the art of working with fiberglass, which he wasted no time applying to his 1973 Corvette as he customized the front and rear with fiberglass extensions. But these were just stepping stones to his dream job of piloting a commercial aircraft. While raising a family he also took on several jobs to gain his required flight hours in order to successfully apply as an airline pilot. This included flying airmail and freight between St. Louis and Detroit, flying passengers between St. Lucia and South America, and teaching others to fly as a flight instructor at his Alma Mater - Parks College. This allowed him to successfully apply to Continental Airlines where he enjoyed a successful career from 1977 to 2002 and was a proud member of ALPA - Air Line Pilots Association. A man of faith, Merv attended the Plymouth Brethren Christian Church and St. Paul's AME in Bermuda. He enjoyed fellowship at Christ Church and Conroe Seventh-day Adventist in Conroe, TX. He is preceded in death by grandparents Gerald and Viola Ratteray; Father Kitchener Trott; Mother Eunice Peters; and grand-daughter Katlin Loux. He is survived by his wife Delmyra Kaye Trott; daughters Regina Barnes, Evelyn Loux and Denise Trott; and son Derek Trott. Grandchildren include Michael, Amber, Angel, Brittney, Tara, Braelyn, Amanda, Isaiah, Autumn, Breanna, Jordan and Sydney; and 8 great-grandchildren. Siblings include Neville Trott, Gregory Peters and Heather Peters of Bermuda; Karen Mattern of Germany. Those that wish to view the Celebration of Life on Livestream please click the link: https://youtu.be/xBW0Xj4RTow

Mervyn "Merv" Leroy Trott, age 79, passed away peacefully and unexpectedly on October 8, 2021. He was born the 2nd of March, 1942 in Paget, Bermuda. He spent his childhood swimming, cliff diving, building model boats and planes, exercising and... View Obituary & Service Information

The family of Mervyn "Merv" Leroy Trott created this Life Tributes page to make it easy to share your memories.

Send flowers to the Trott family.