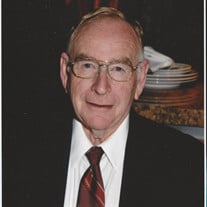 Kenneth Hugh Burke, Sr., age 79 years and 28 days, passed away at his home in Conroe, Texas on October 4, 2017. He was born in Corsicana, Texas on September 6, 1938. In his childhood, he resided in Rice, Ennis, Corsicana, and Sundown, all Texas towns. Kenneth attended school in Sundown, Texas and in 1956, graduated high school in Corsicana, Texas. He went on later to graduate from Stephen F. Austin University in Nacogdoches, Texas with a Bachelor’s degree in Forestry in 1960. After graduation, Kenneth began working for the Federal Bureau of Land Management in Eugene, Oregon in 1961. However, the next year he was drafted into the U.S. Army and was first station in Ft. Collins, Colorado and then in Frankfurt, Germany, where his son was born. He was discharged in 1964 with a rank of E5. He returned to the Federal Bureau of Land Management and soon advanced to Supervisor of Land and USC Specialist which he continued until he retired in 1988. However, he was not the type to be stagnate. In the same year he retired, he began and owned various businesses in Dickinson, North Dakota which he retired from in 2003. He then moved back to Texas and became owner and joint partners with his son who operated Outback Campground and Marina in Livingston, Texas and continued so until he sold the business and retired in 2013 and moved to Conroe, Texas. Kenneth was of Baptist affiliation and loved his Lord and Savior. He is preceded in death by his father Jasper M. Burke, mother Mildred A. (Harris) Burke; daughter Patti Burke Newberry; and one niece. He survived by his children Kenneth (Kenny) Burke Jr, and wife Nancy of Western Samar, Phillipines, Tina Burke and Gina Burke of Fargo, North Dakota; grandchildren Dylan and Ryker of Western Samar, Phillipines; siblings Martha McCutcheon and husband Claymon of Lubbock, Texas, Archie Burke of Trinity, Texas; 3 nephews and 3 nieces; and companion and friend Rose Scanlin. In lieu of flowers, donations may be made to your favorite charity or UNICEF, Red Cross, or National Park Conservation Association.

Kenneth Hugh Burke, Sr., age 79 years and 28 days, passed away at his home in Conroe, Texas on October 4, 2017. He was born in Corsicana, Texas on September 6, 1938. In his childhood, he resided in Rice, Ennis, Corsicana, and Sundown, all Texas... View Obituary & Service Information

The family of Kenneth Hugh Burke Sr. created this Life Tributes page to make it easy to share your memories.

Send flowers to the Burke family.