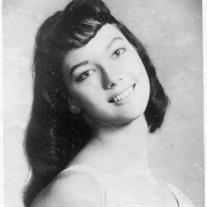 June Eleanor Engram (Turner), age 78, passed away on August 24, 2019 in Spring, Texas. She was born on February 28, 1941 in Houston, Texas at the Methodist Hospital. The oldest of five siblings and the only daughter, June selflessly helped her parents raise her four brothers. As a little girl in Pasadena, she grew up without indoor plumbing. Her father worked long hours as a longshoreman and welder, starting his day by milking our cow to help feed the family and supplement his income by selling milk to neighbors. Her parents instilled their strong Christian faith in June, through their example and teaching. She was baptized into the church of Christ as a teenager. Throughout high school and college, June earned many honors and held several honored positions. At Pasadena High, she was a member of the National Junior Honor Society, was selected “Top Journalist” on the school paper, and was the winner of Champion Paper Foundation Scholarship. June was also the winner of the Jewell Watson English Scholarship at Abilene Christian College (ACC). She graduated magna cum laude, from ACC, with a Bachelor of Arts degree in English. At ACC, June, among the top of her class academically, was a member of several national and international scholastic honor societies, including Alpha Chi, Omega Rho Alpha, Sigma Tau Delta, and Kappa Delta Pi. She was also in the Social Emotional Achievement Program (SEA). June loved her brothers and always made birthdays and holidays special for them. At Pasadena High School, June was a member of the All-Star Basketball Team, a member of the Quill and Scroll Club, and was selected for “Who’s Who.” At Abilene Christian College, June participated in the Melpomenean Players theatre as actor and crew. She was a Press Club member for the college newspaper. Over her professional career, June taught High School English in the Northeast Houston ISD (’63-’65), served as secretary for the North Houston Church of Christ (’65-’66), worked as an invoice Billing Analyst for Peden Iron & Steel (’68-’69) and worked for the Baker & Botts law firm, as a proof reader of legal documents (’69-’89). She accomplished this in spite of a significant loss of hearing that began in 1965. June was a devoted wife and mother. Next to God, her children and grandchildren were her greatest love. Since she joined the church of Christ as a teenager, June was a member of several congregations throughout her life. At the end of her life, her faith in God remained strong and her hope for Heaven was grounded in the love, mercy, and sacrifice of Jesus Christ. One of her favorite hymns was “Heaven Holds All for Me.” She wrote that this hymn ‘describes my life’s attitude and important choices.’ June was preceded in death by her parents, Emma Frances and Martin Clifford Turner of Pasadena, Texas and her brothers, Ray B. Turner of Texas City, and Gilbert J. Turner of Pasadena, Texas. She is survived by her children, Jennifer L. Golden and husband Phil, and Daniel J. Engram and wife Leta; grandchildren, Landon A. Engram, Kelby P. Engram, Elizabeth A. Flores and Tyler H. Smith; great-grandchildren, Willow S. Miles and Orion N. Thomas; brothers, M. Bruce Turner of Pasadena, Texas and Roy K. Turner of Houston, Texas. Friends are invited to join the family for a Memorial service that will be held at 11:00 AM on Saturday, September 7, 2019 at Eickenhorst Funeral Services, 1712 N Frazier St #115, Conroe, Texas 77301.

June Eleanor Engram (Turner), age 78, passed away on August 24, 2019 in Spring, Texas. She was born on February 28, 1941 in Houston, Texas at the Methodist Hospital. The oldest of five siblings and the only daughter, June selflessly helped her... View Obituary & Service Information

The family of June Eleanor Engram created this Life Tributes page to make it easy to share your memories.

Send flowers to the Engram family.