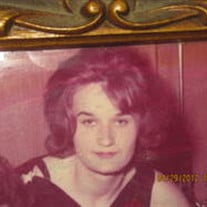 Judith Derucki Bowen, age 71, died on Sunday, April 29, 2012. She was born on January 22, 1941 in Chicago, IL. She was of the 2nd generation born in the United States and grew up in a Polish community in Chicago. She was preceded in death by... View Obituary & Service Information

The family of Judith Derucki Bowen created this Life Tributes page to make it easy to share your memories.

Send flowers to the Bowen family.