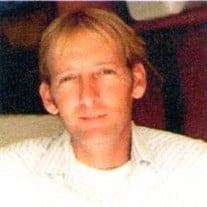 Johnny "O'Dell" Tyler, Jr., 56 went into eternal rest on 30 November, 2015 O'Dell was preceded in death by his mother Louis Leona Lane. He leaves behind to cherish his memory; his father George Jones (Barbara), Sisters Faye Robinson (Larry), and Judy Oliver (James). His Children, Judy Tyler-Mehaffy (Shane), Teresa Morgan, Charles Watkins (Jennifer), Joseph Watkins (Melissa), Johnny Tyler (J.T.), and Ada Watkins (Daniel). He also leaves behind his grandchildren Maliyah, Ashlynn, Ana, Desi, Sean, Mason, Noah, Katie, Lizzy, Kenneth and Martini. Along with numerous nieces and nephews. O'Dell also leaves behind the love of his life, Carol Morgan. O'Dell worked for Campbell Concrete of Conroe for 20 plus years until he retired in 2008. He took exuberant pride in his kids, grandkids, work, and yard. O’Dell did his best to care for everyone and anyone; mentally, financially, and physically no matter how many people that meant. He "kissed bobos" and constantly bragged and boasted about his kids and grandkids. He reminded his loved ones often by letting them know he was proud of them. In his free time he was happiest spending time with the family fishing, going to parks, camping, or just simply working in the yard planting flowers or trees. He tried to be the best dad, husband and pawpaw that he could be, and for that we are eternally grateful. We love you, "all the way around the world and back". A Memorial Service will be held on Friday, December 4th, 2015, at 1pm at Eickenhorst Funeral Services 1712 N. Frazier Street Suite 115 in Conroe Texas 77301. O’Dell’s final resting place will be next to his mother in Cedar Grove Cemetery located in Trinity Texas.

The family of Johnny O'Dell Tyler Jr. created this Life Tributes page to make it easy to share your memories.

Send flowers to the Tyler family.