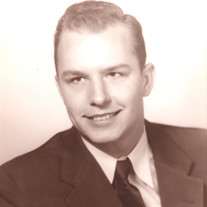 John Thomas Kizer, Jr. passed from earth to heaven on September 3, 2020 at the age of 85. He was born in Houston, Texas on December 10, 1934, the only child of John and Genevieve (Tully) Kizer. John graduated in the Class of 1952 from Stephen F. Austin High School in Houston. He continued his education at Baylor University where he received a BBA with a major in accounting in 1956. He met his wife Carolyn while in high school and began dating her in his freshman year in college. After an 18-month courtship, they were married on March 5, 1955 and enjoyed 65 years together. Upon completion of ROTC at Baylor, he was personally presented his commission into the U.S. Air Force as a Second Lieutenant by President Dwight Eisenhower. He was sent to pilot training in Tucson, Arizona at Marana Air Force Base. From there, he served as a Captain at the Wing Headquarters in Montgomery, Alabama at the U. S. Air Force War College. He remained in the Reserves until the late 1960’s. Throughout his adult life, John was an active member of three churches in the Houston area – Tallowood Baptist, First Baptist Houston, and Champion Forest Baptist Church. In his later years, he joined North Shore Church in Montgomery, Texas. He had the honor and privilege of serving in the Northwest Houston Bible Study Fellowship class as a Discussion Leader. He also enjoyed serving in his church as a Third Grade Boys Sunday School teacher. John took great pleasure in a 45-year career in Accounting and Information Technology. He owned and operated two computer service companies. In the last quarter of his career, he sold his company and worked for an international advertising agency as the Vice-President of Accounting and Computer Services. John was always an avid fan of all sports. He played both basketball and baseball in high school and was named an All-Star player in both sports. He continued his athletic career at Baylor as a centerfielder for the baseball team. His interests included researching statistics on his favorite sports teams, playing golf, hiking in the mountains and traveling with his family. But in all these things, what mattered most to John was his beloved wife Carolyn and his family. They were blessed with 2 daughters, 4 grandchildren, and 5 great-grandchildren. One of the highlights of his life was attending his children and grandchildren’s extra-curricular activities. John is survived by his wife, Carolyn (Raborn) Kizer; daughters, Donna (Ken) Walker and Karen (Bill) Marks; grandchildren, Matt Walker, Kyle (Kristen) Walker, Kathy (Sterling) Morris, and Holly Marks; and great-grandchildren, Ella Fontaine Walker, Noah John Walker, Rowan Ripley Morris, James Alistar Morris, and Alice Isadore Morris. A graveside service for the immediate family will be held at Forest Park Lawndale in Houston.

John Thomas Kizer, Jr. passed from earth to heaven on September 3, 2020 at the age of 85. He was born in Houston, Texas on December 10, 1934, the only child of John and Genevieve (Tully) Kizer. John graduated in the Class of 1952 from Stephen... View Obituary & Service Information

The family of John Thomas Kizer, Jr. created this Life Tributes page to make it easy to share your memories.

Send flowers to the Kizer, family.