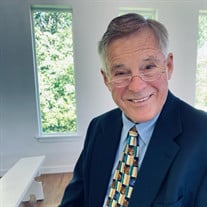 John David Harris (JD), 74, was called home by our Heavenly Father on July 30, 2021. He leaves behind a legacy of service to the community and dedication to his family that will be greatly missed. JD was born on September 16, 1946 in Dallas, Texas and grew up in Houston with his parents, Jane and Leon, and his five siblings. He attended Lee High School, proudly served in the U.S. Army during the Vietnam War and later attended the University of Houston before growing his family and starting a successful business. JD had a quick wit and sense of humor that always left those he met with a smile. His ability to connect with people has never been more evident than through the expressions of condolence and sharing of memories in the days since his passing. He will be forever missed and remembered for the joy he brought to those around him. JD was preceded in death by his parents Leon and Jane Harris, brother Jefferson Paul Harris, and brother in law Jeffrey L. Riley. He is survived by his wife Wendy Harris, children Robert Harris (wife Kristina) of The Woodlands, TX , Stephanie Harris of Montgomery, TX, and Paul Harris (wife Adrienne) of Littleton, CO, nephew Shane Holman (Rhonda) of Spring, TX; grandchildren, John David Harris, Corbin Harris, Abigail Harris, Jonah Harris, Colin Holman and Ryan Holman; siblings, Karl Harris of Greenville, TX, Rebecca J. Wright (John David) of Greenville, TX, Suzanne Riley of Springfield, VA, and Daniel L. Harris (Betsy) of El Campo, TX. He was also blessed with nieces, nephews, great nieces and great nephews and extended family too numerous to name. The family was fortunate to have a man like JD. He was a loving husband, father, and grandfather and man of faith. All those who knew him will miss him dearly. He loved his wife, Wendy, with all his heart and his grandchildren were the apple of his eye.

John David Harris (JD), 74, was called home by our Heavenly Father on July 30, 2021. He leaves behind a legacy of service to the community and dedication to his family that will be greatly missed. JD was born on September 16, 1946 in Dallas,... View Obituary & Service Information

The family of John David Harris created this Life Tributes page to make it easy to share your memories.

Send flowers to the Harris family.