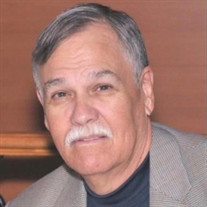 Joe M. Zizzi, age 70, passed away peacefully on Sunday, May 30, 2021, at The Methodist Hospital in The Woodlands, Texas, surrounded by his wife and daughter. He was born on April 9, 1951 in Corpus Christi, Texas to Dominick and Amelia (Warren) Zizzi. Born into a Naval family, Joe lived in many different states and countries including Japan, Hawaii, California, and Texas to name a few. In 1968, Joe graduated from Aviation High School and went on to study accounting where he earned a Bachelor’s Degree from the University of Texas at El Paso (UTEP). Joe worked as the lead accountant for Wicks N’ Sticks and later went on to become a certified CPA. On December 6, 1980, he married Patricia Hurley in Las Vegas where he often liked to travel to play cards! The two then moved to Maryland to begin their lives together. Joe worked as a CPA during this time and he welcomed his one and only child, a girl Devon, in June of 1983. Later, Joe worked for The Robert Half Company and moved the family in 1989 to Texas to open an accountemps branch. Joe truly enjoyed life. He lived an active lifestyle and some of his favorite things to do were bowling, golfing, cruising, and traveling abroad. One of Joe’s greatest accomplishments was his sign company that he owned which allowed him to retire at the young age of 54 to enjoy the rest of his days doing what he loved! Joe had the ability to make people laugh and he will be remembered in everyone’s hearts as a great son, husband, father and friend. He was preceded in death by his parents, Dominick and Amelia Zizzi. He is survived by his wife, Patricia; a brother, Jeff; his daughter, Devon Carpenter and her husband Brad; his grandchildren, Brynnlee, Brody, and Braedon Joe Carpenter; and numerous nieces and nephews. Family, friends and others whose lives Joe touched are invited to come celebrate his life at 4 PM on Thursday, June 10, 2021 at Eickenhorst Funeral Services, 1712 N Frazier St #115, Conroe, TX 77301. In lieu of flowers, the family asks that you make a donation to the Susan B. Anthony Breast Cancer Awareness Foundation in honor of his daughter Devon who has recently won her battle with breast cancer. Those that wish to view the livestream may do so at: https://youtu.be/Q_21XnPKCcw

Joe M. Zizzi, age 70, passed away peacefully on Sunday, May 30, 2021, at The Methodist Hospital in The Woodlands, Texas, surrounded by his wife and daughter. He was born on April 9, 1951 in Corpus Christi, Texas to Dominick and Amelia (Warren)... View Obituary & Service Information

The family of Joe M. Zizzi created this Life Tributes page to make it easy to share your memories.

Send flowers to the Zizzi family.