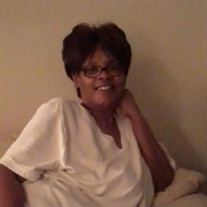 Joan M. Newton, age 63, passed away on January 26, 2015 at her home in The Woodlands, Texas. She was born on July 25, 1951 in Fort Worth, Texas to the late Aron Morrison and Earlene A. Taylor Lennox. Joan was preceded in death by her loving... View Obituary & Service Information

The family of Joan Marie Newton created this Life Tributes page to make it easy to share your memories.

Send flowers to the Newton family.