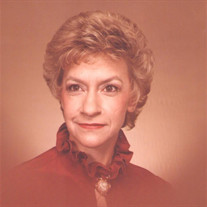 Jackolyn S. Cottrell, age 78, passed away on July 11, 2016 surrounded by her family. She was born on January 15, 1938 in Austin, Texas to John Jackson Slusser and Mercedes Kamp, who preceded her in death. Jackolyn graduated from McCallum High School in 1955 and three years later received her degree from Blinn College in 1958 along with graduating from Brackinridge School of Nursing. She made a career with becoming a registered nurse from 1958 to 1992. She devoted much of her time as a Red Cross nurse doing volunteer work at Army hospitals at Ft. Eustis and Lee in Virginia and Ft. Benning in Georgia. After the family moved to Shenandoah, Texas, she worked at the old Conroe Hospital on First St. taking on many different positions. Later, she worked in the Quality Assessment and Risk Management. After Conroe Hospital was moved to its current location, she took a position as a risk management consultant with Myron F. Steves Co. of Houston. She also had her own risk management company, Professional Liability Services. Outside of her work life, Jackolyn was a Girl Scout Leader, a part of the Brownies Cadettes, Juniors and Seniors, and even took girl scout troops to Mexico to meet girl scouts from Mexico City. She is survived by her husband, David Cottrell; children, Stephanie Wingerter and husband Chuck, Deana Isaacs and husband Joe, and David Cottrell and wife Faith; grandchildren, Sean Wingerter and wife Briana, Patrick Wingerter, Devin Wingerter and wife Kay, Matthew Pemberton and wife Brittany, and Jackolyn M. Cottrell and Jonathan. Friends are invited to visit with the family from 10 am until 2 pm on Saturday, July 16, 2016 at Eickenhorst Funeral Services, 1712 N. Frazier at Wilson, Suite 115, Conroe, Texas 77301, where a Celebration of her life will be held at 2 pm. In lieu of flowers, donations can be made to the Houston Shriners Hospital for Children.

Jackolyn S. Cottrell, age 78, passed away on July 11, 2016 surrounded by her family. She was born on January 15, 1938 in Austin, Texas to John Jackson Slusser and Mercedes Kamp, who preceded her in death. Jackolyn graduated from McCallum High... View Obituary & Service Information

The family of Jackolyn S. Cottrell created this Life Tributes page to make it easy to share your memories.

Send flowers to the Cottrell family.