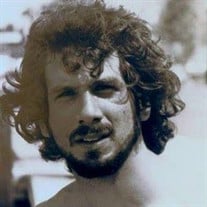 Gary S. Bellman, 69, passed away on July 23, 2018. He was born in Brooklyn, NY to Allen and Irene Bellman, on November 21, 1948. He graduated from Miami Carol City High School Class of 1966. Gary had a passion for 60's Rock & Roll music, guitars and boats. He worked at Honda servicing motorcycles, and later attended Mercury Outboard Motor School. Soon after, he repaired Mercury and other outboard engines at Flipper Marine in Miami, FL. Gary moved to Texas, where he established his own business, Lightyears Marine Boat Service & Motor Repair in The Woodlands. He was preceded in death by his mother Irene Garson and brother Perry Kobrin. Left to cherish his memory is his Father, Allen Bellman (Roslyn); his twin daughters, Doreen DeHart (Mike) and Jeaneen Barnhart; his grandson, Dane DeHart; his sisters, Judy Hartman (Larry), Ellen Bright, and Alicia Murphy; his brother, David Kobrin (Sonja); his nieces, Mandi Eisenberg-Ray and Laura Eisenberg-Ahern (Peter); and his nephews, Sean Murphy, Alex Ahern, Jacob Ahern, and Ian Ahern. Gary will be deeply missed by his friends, family, and all who knew him. Celebrate Gary’s life by making a donation to the Wounded Warrior Project in his name.

The family of Gary Stephen Bellman created this Life Tributes page to make it easy to share your memories.

Send flowers to the Bellman family.