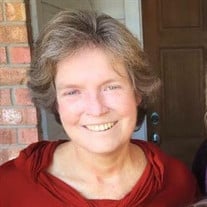 Debra “Debbie” Joanne Baum, age 53 passed away on May 21, 2016. She was born October 2, 1962 in Joliet, Illinois. Debbie and her two brothers, Henry and Karl, and two sisters, Katie and Sandy were raised by father, Henry (Hank) and mother, Charlotte. The family flourished in Joliet until 1977 when an opportunity to move to the Houston area where Hank began work with Amoco and the family relocated to Alvin, Texas. Debbie attended Alvin High School, home of the Fighting Yellow Jackets, and attended college at Alvin Community College. Debbie started work life early (1982) and joined the workforce at Exxon (later to be known as Exxon Mobil) in downtown Houston in the clerical division. Debbie rose in the ranks of the clerical division to become department secretary. Debbie became known for her skills and ability with Microsoft Office software and her ability to transform corporate presentations and was widely regarded as the expert for questions and techniques on how to make the information best presented. In the mid 1990’s, she transferred to the Baytown Gas and Chemical Plant where her skills and talents were recognized and promoted to several positions and ultimately security where she would validate proper authorization for access to the plant. Debbie retired after 33 years with Exxon Mobil and found many cherished friends and relationships along the way. Debbie was active in many groups surrounding her work, kids and church life. She worked on many safety committees and Exxon Club to enhance the lives of the employees. A devoted mother, Debbie supported many sports for her children ranging from drill team, volleyball, softball, little league, Pee Wee football to high school football. In her free time, she enjoyed being a devoted grandmother, playing in the Texas Snowman Poker League, Bunco and Small Gatherings of family and friends. Debbie’s ability to give would not end there, her rich church life flourished as a Sunday School Teacher at Seabrook United Methodist and Clear Creek Community Church as well as many other volunteer committees which planned events and organized outings for the youth. Debbie was a devoted member of Seabrook United Methodist Church (where she married Earl in 1993). Later after moving to Kemah, Texas Debbie and family joined Clear Creek Community Church and loved the new joys and fellowship it provided. Debbie was preceded in death by her mother, Charlotte Reed, in 1988 and her father, Hank Reed, in 2014. She is survived by her husband, Earl Joseph Baum of League City; children, Brandon and Ashley Baker of Spring and Jesse Baum of Pasadena; grandchildren, Madison and Kennedy Baker of Spring; siblings, Henry Reed of Galveston, Katie Reed of Houston, Sandra Pritchard of Atascocita and Karl Reed of Pearland; aunts and uncles, Dixie Butts of Manteno, Illinois, Laura Groph of Lansdale, Pennsylvania, Randy Snyder of Lansdale, Pennsylvania and Jerry Gersh of Tennessee. The family will be gathering to celebrate Debbie’s life at the house of her daughter, Ashley Baker, on Monday, June 6, 2016. In lieu of flowers or gifts, please donate to the Scleroderma Foundation or to Organ Donation: American Living Organ Donor Fund.

The family of Debra "Debbie" Joanne Baum created this Life Tributes page to make it easy to share your memories.

Send flowers to the Baum family.