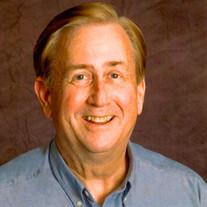 David Mark Weir was called to his eternal rest on Wednesday, November 27, 2019 at the age of 69. David was born on July 2, 1950 in Dallas, Texas, where he spent his childhood. David served in Vietnam as Specialist Four in the United States Army and received the Army Commendation Medal for his honorary service. David earned a Bachelor of Science in Psychology from Sam Houston State University, a Master of Science in Training and Development from The University of Houston, and a Master of Arts in Counseling from Sam Houston State University. Dave’s love story began 41 years ago when he met Debbie at Houston Lighting and Power. They were married on February 1, 1986 and together they shared 33 wonderful years of marriage while raising their family in The Woodlands, Texas. David is known for his love of reading and constantly wanting to learn more. His favorite memories were those from vacationing with his family through the years. He was a proud Aggie Dad (GIG ‘EM WHOOP) and was an avid Houston Astro’s fan. Those who knew David best will always remember him for his silliness, care for others, and his strong faith in God. David’s professional career began at Houston Lighting and Power where he worked for 17 years. He held various Human Resources positions throughout the years before finding his passion in counseling. One of David’s proudest accomplishments was opening his private practice, Woodlands Professional Counseling. David was a member of The Woodlands First Baptist Church for 24 years and loved serving on many different committees as well as taking part in domestic and international missionary work. David served his community for over 25 years as a Woodlands Community Association Director, The President of the 4th of July Committee, The President of the Cochran’s Crossing Village Association, and The President of Montgomery County Municipal Utility District No. 7. David was preceded in death by his father, Gene; brother, Ray; and dear uncle, Bill. David is survived by his loving wife, Debbie; daughters, Valerie and Sarah; son-in-law, Evan; step-daughter, Shawnee and Husband Johnny; mother, Johnnie; brother, Keith; many brother and sisters-in-law, nieces, nephews, cousins, and David’s best fur buddy, Charlie. Thank you to all of our friends and family for all of the love, support, and prayers that have been given throughout the last year. We would also like to send appreciation to David’s team at MD Anderson Cancer Center for all of their hard work and dedication. Friends are invited to visit with the family from 6 until 8 pm on Friday, December 6, 2019 at The Woodlands First Baptist Church, 11801 Grogans Mill Rd, The Woodlands, Texas 77380. A Celebration of Life Service will be held at 11 am on Saturday, December 7, 2019 at The Woodlands First Baptist Church. Graveside services and burial will be at 11:30 am on Monday, December 9, 2019 in Houston National Cemetery.

David Mark Weir was called to his eternal rest on Wednesday, November 27, 2019 at the age of 69. David was born on July 2, 1950 in Dallas, Texas, where he spent his childhood. David served in Vietnam as Specialist Four in the United States Army... View Obituary & Service Information

The family of David Mark Weir created this Life Tributes page to make it easy to share your memories.

David Mark Weir was called to his eternal rest on Wednesday,...

Send flowers to the Weir family.