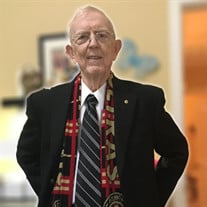 Surrounded by his three sons, David Ray Cox, age 75, passed away peacefully Friday night, June 4, 2021, after a long battle with Amyloidosis at The Methodist Hospital in The Woodlands, Texas. A Virginian by birth, Dave made his home in Texas for the better part of his life. In his early years as a Texan, he and first wife Patsy settled in Memorial Hills. He became the president of his sons’ little league baseball association and spent many evenings playing tennis at the neighborhood courts. After a short time in Atlanta, Georgia where he worked for Texaco, he and second wife Daphne returned to Texas to live in Parkside of Panorama Village in Willis, TX. He was an active member of the community by forming the architectural committee and spending many July 4th celebrations serving hot dogs, decorating golf carts with his granddaughters, and putting out flags on behalf of the Lion’s Club. He could be seen zipping around Panorama Village on his trusty golf cart, teaching his grandchildren the finer points of hopping curbs, and having just enough fun without getting into too much trouble. Dave was also a member of the Golden Needles Quilting Guild and assisted his wife Daphne in planning, sewing, and detailing many quilts that are treasured by family, friends, and church members. Dave was a beloved member of Tree of Life Lutheran church in Conroe, Texas where he was known as Mr. Fix It, the guy you called when the ice machine, among other things, just wasn’t working correctly. His friends, family, neighbors – just about everyone – sought his advice on many DIY projects from tiling kitchen counters to testing the electrical load of 220V wiring. His sons were often recruited to help on these projects and remember Dave often saying “we’ll figure out the rest later,” or “hold the flashlight.” A little-known fact about Dave was his love of birds. He built many a birdhouse out of recycled pine timbers found in his shed for his feathered friends that visited the backyard (Dave never met a piece of scrap that he couldn’t use somewhere else). And he delighted in the baby birds that hatched every Spring in his birdhouses. But Dave’s real calling was the “long joke” – the joke that could probably be told in 2 minutes, but his southern drawl and easy cadence made it a 20-minute escapade. The only way you knew it was a joke was after the punchline went buzzing right past you, and he started to laugh in the goofy, infectious chuckle that he had. He is preceded in death by his parents, Munsey and Dorothy Cox; first wife Patsy; stepson Andy; and brother Jerry. He is survived by his wife, Daphne; sons Chris, Patrick, and Drew; stepchildren Amy and TJ; siblings Bobby, Troy, Bill, Dennis, Joyce (“Sister”) Carico; and grandchildren Brieson, Ashlyne, Ryan, Alyssa, Kyla, Hayley, Baylen, Lily, and Nora as well as numerous nieces and nephews. A celebration of Dave’s life with family and friends will be held at Tree of Life Lutheran Church of Conroe, TX on Wednesday, June 9th, 2021 at 3:00pm with a reception in the fellowship hall immediately following the service. The service will be live streamed on Facebook at https://www.facebook.com/Treechurch/ and YouTube Livestream https://www.youtube.com/channel/UCgnf_kiNH7kM307ssjiAEpg for those unable to attend. In lieu of flowers, the family asks asks for donations to Tree of Life Lutheran church https://onrealm.org/TreeLifeLuthera/-/give/now. Dave will be laid to rest in his home state of Virginia later in the summer. And “the rest, we’ll figure out later.” .

Surrounded by his three sons, David Ray Cox, age 75, passed away peacefully Friday night, June 4, 2021, after a long battle with Amyloidosis at The Methodist Hospital in The Woodlands, Texas. A Virginian by birth, Dave made his home in Texas... View Obituary & Service Information

The family of David Ray Cox created this Life Tributes page to make it easy to share your memories.

Send flowers to the Cox family.