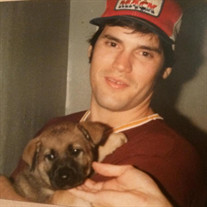 Daniel Franklin Knupp passed away suddenly in San Antonio, Texas on Thursday, June 10, 2021. He was 61 years old. He was born in Ames, Iowa on April 27, 1960, to John Franklin Knupp and Jayne Rochelle Lautenschlager Knupp. He grew up in Lousiana, Arkansas, Mississippi, and Texas and graduated from Conroe High School in Conroe, TX in 1978. After high school, he attended Baylor University where he met his wife, Carol Coffey. He and Carol were married on June 28, 1980, and had two children, Lisa Michelle Knupp and David Daniel Knupp. He transferred to Texas A & M University where he completed his Bachelor of Science degree in Geophysics in 1984. Following college, he worked for Exxon Mobile as a Geophysical Technical Specialist and Seismic Processing Specialist from 1985 until 1996. He also completed an MBA at St. Thomas University in 1991. After leaving Exxon he worked as a Geophysicist and 3D Visualization Specialist for Edge Petroleum, Anadarko and Kerr-McGee, Texas Independent Exploration, and Veritas Geophysical. In 1999 he was awarded a patent from the U.S. Patent Office on 3D Visualization methodology. He invented a unique scaling technique for use in 3D visualization to efficiently identify subsurface features for oil and gas exploration. In 2001 he opened his own company, Integrated Visualization Technologies (IVT) in Houston. He later worked for Alliant Geophysical and Texas Independent Exploration before leaving Houston in 2009 to work as a Chief Geophysicist and 3D Seismic Data Visualization Specialist for the Greehey Company in San Antonio. During his years in San Antonio, he and his wife Carol divorced, and he lived alone first with his much-beloved dog Nellie until her death in 2018, and then with his dog DeeDee who was with him at his death. Daniel loved the outdoors. He loved fishing, including deep-sea fishing, hunting, and camping his entire life. He was an Eagle Scout in his youth and those skills he maintained until his death, even camping and fishing very recently. He loved pets, and he had many over the years, dogs, cats, raccoons, and even a tarantula. And he loved music, playing trumpet both in high school and college. Daniel will be missed by his extended family and friends. Daniel is survived by his father, John F. and stepmother Loyce Rey Knupp of Conroe, TX, his ex-wife Carol Coffey and his daughter Lisa Knupp and son David Knupp all of Houston, TX, his sister Christine Sorensen Irvine and her husband, Michael Irvine of Aiea, HI, his sister Emery Lauten Meadows and her husband Carl Meadows of Sammamish, WA, and his brother-in-law Scott Empringham of Conroe, TX. He is also survived by many nieces and nephews and great-nieces and nephews: Kathryn and Daniel Veyna and their children Jacob and Ava Veyna of Houston, TX, Michael and Andrew Sorensen of Aiea, HI, Laura and Michael Strizek, and children Dathan and Bailey of Lindsay, OK, Katy Empringham of Nuneaton, Warwickshire, England and Isabel Meadows of Sammamish, WA. Daniel was preceded in death by his Mother Jayne Lauten-Borg and his sister Dianne Empringham. Cards and contributions for the family may be sent to John Knupp, #4 Rockingham Place, Conroe, TX 77304 The service will be livestream at the link: https://youtu.be/xLDcjTDUPxo

Daniel Franklin Knupp passed away suddenly in San Antonio, Texas on Thursday, June 10, 2021. He was 61 years old. He was born in Ames, Iowa on April 27, 1960, to John Franklin Knupp and Jayne Rochelle Lautenschlager Knupp. He grew up in Lousiana,... View Obituary & Service Information

The family of Daniel Franklin Knupp created this Life Tributes page to make it easy to share your memories.

Send flowers to the Knupp family.