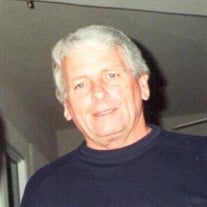 After a courageous and hard-fought battle with esophageal cancer, Gary died at his home in The Woodlands on June 30. He was 76 years old. He was born ON March 31, 1944 in Natchez, MS, but grew up in Texarkana, AR. Gary met the love of his life, Sharon Middlebrooks, at a high school football game in 1962 in Texarkana. She was 15 and he was in his first year at Texarkana Junior College on a football scholarship. During their 58 years together and 56 years married, they never parted. Gary was preceded in death by his parents, Charles and Nellie Corzine, and sister, Priscilla Archer. He is survived by his wife, Sharon; loving sons, Kelly and wife Jennifer and Jason and his wife Laurie; and three terrific grandchildren, Erin Allgood, Randall Allgood and Dane Corzine. He is also survived by sisters, Candy Stone of Texarkana, TX and Lois Dundee (Sam) of Maumelle, AR; and brother in law, Wayne Middlebrooks of Little Rock, AR. Gary served in the Air Force and was a Vietnam veteran. He will be buried at the Houston National Cemetery. Early in Gary’s oil and gas career, he was a landman for several large Houston companies. He eventually went out on his own starting his own companies, Clay Energy and Clay Exploration. He enjoyed a wonderful career, even with all the ups and downs of the energy business. This past Spring, he closed his office in The Woodlands, TX, after 40 years and with the same Administrative Assistant for 33 years, Christie Barnes. Gary and Sharon built their dream home in 1990 in Bentwater on Lake Conroe. They were one of the first houses built in Bentwater and lived there for nearly 30 years. They enjoyed many years of boating, golf, and fun times with friends and family. Gary pursued his love of golf, cooking, and dogs. Advising on nearly all subjects, his words so convincing, he was lovingly known as, "Tips from the Top"! They eventually moved to The Woodlands to be closer to family and the office. There were several beloved dogs thru the years, who were especially fond of Gary. He was always known to be giving bites of whatever he was eating to them. Due to the coronavirus, a private burial and separate Celebration with family and friends will be in the Fall. Donations can be made in Gary’s name to MD Anderson Cancer Research.

After a courageous and hard-fought battle with esophageal cancer, Gary died at his home in The Woodlands on June 30. He was 76 years old. He was born ON March 31, 1944 in Natchez, MS, but grew up in Texarkana, AR. Gary met the love of his life,... View Obituary & Service Information

The family of Charles Gary Corzine created this Life Tributes page to make it easy to share your memories.

After a courageous and hard-fought battle with esophageal cancer,...

Send flowers to the Corzine family.