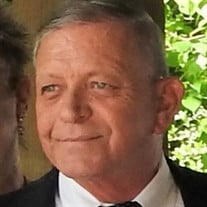 Bobby "Blake" Redd, 58, was born December 25, 1961, to the late Bobby G. Redd and Glenda K. {Simmons) Redd in Hobbs, New Mexico. He departed this life on June 5, 2020, in Houston, Texas. He is survived by his mother, a son, Kenneth "Chance" (wife Eliza) Redd; a brother, Bryan (Wife Cherie) Redd; a sister, Leah Redd; a niece, Hannah King; a nephew, Bryan "Easton" Henry; and great-nephews, Luke and Levi Henry. Blake graduated from Slidell High School in Slidell, Louisiana in 1980. Afterwards, attended Louisiana Tech University for the Petroleum Engineering Program later transferring his major to US and World History and graduating with a Bachelor of Arts degree. He was honored to be the president of the Kappa Alpha Order at LA Tech. In addition to being a history buff, Blake loved anything outdoors. He enjoyed spending time on the deer lease with friends, riding ATVs, hunting, and fishing. He was well respected in the oil and gas industry in both the US and overseas. He absolutely loved his music and his cold beer. If you messed with that you had another thing coming. He will be sorely missed by all of his family and friends. The funeral service will be held at 10 AM on Thursday, June 18, 2020 at Second Baptist Church - West Campus in the Worship Center, 19449 Katy Fwy, Houston, TX 77094.

The family of Bobby "Blake" Redd created this Life Tributes page to make it easy to share your memories.

Send flowers to the Redd family.